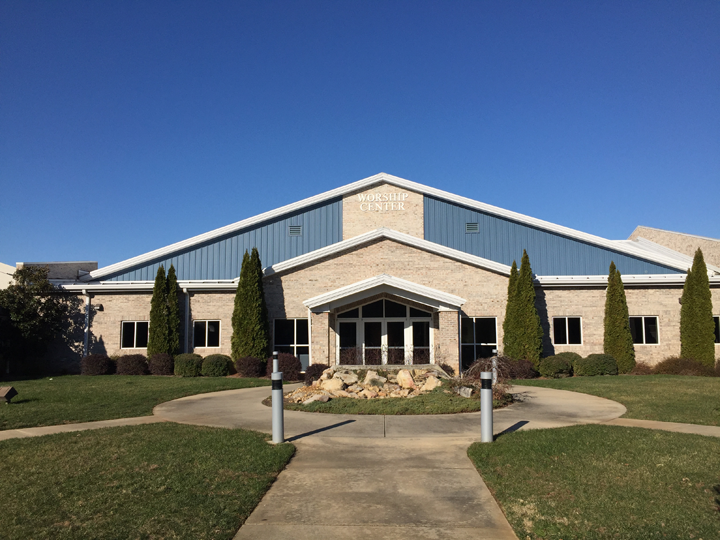 Having started in the home of Zach Watkins, the fledgling church built a place of worship on Church Street in Ooltewah. This structure was destroyed by fire in 1935 after a Christmas Program. The current stone structure on the site was built to replace the burned church and served as the church’s home from the 1940s through the 80s.

As Ooltewah was expanding from a rural area to a suburban community in the late 80’s, OUMC’s leaders seized a strategic opportunity to relocate the church campus to a more visible area off of Interstate 75 with plenty of room to expand to meet future growth. Through the generosity of the Hundley family, 7 acres of land along the interstate was donated to the church and an additional 7 acres was purchased from our Seventh-Day Adventist neighbors.

Ground was broken on the existing campus in April of 1987. The final worship service in the old stone church was held November 27, 1988- marking more than 120 years of ministry on that site. On Sunday, December 4, 1988, OUMC entered a new chapter of ministry on its 14-acre campus with a Sanctuary and the Education Wing, which housed nurseries, classrooms, offices and a fellowship hall.

Since that time, campus expansion has continued with the addition of the Christian Life Center a gym facility which hosts OUMC’s student ministry, Scouting programs, numerous community events and gatherings as well as our weekly Front Porch dinners.

OUMC is much more than just a beautiful campus and functional buildings - the real heart of OUMC is found in the people that make up the congregation.

An administration Building was constructed to gather our growing staff under one roof, followed by the addition of our Worship Center to increase our worship capacity and add additional classroom space for our small groups and Bible Studies. The worship Center, with its flexible seating configurations and communications technology, has enabled OUMC to more than double its average worship attendance, host numerous conferences and community events such as OES graduations and OHS Choir concerts, Missions and Conference events and the Global Leadership Summit.

But OUMC is much more than just a beautiful campus and functional buildings – the real heart of OUMC is found in the people that make up the congregation. Folks from all walks of life have called OUMC home for more than 150 years. Their ministry has help families in need right here in our own community. The good news of Jesus’ kingdom has been proclaimed through sermons, hymns and choir specials. Abiding friendships have been formed and nourished as people gather in small groups throughout the week to study, learn, serve and pray together. Children from India to Vietnam to Ecuador have been served by loving mission teams. Disaster relief has been shared with thousands, and hundreds of thousands of dollars has been sent to the four corners of the world in support of the mission of Jesus. Suffering has been alleviated, bodies have been clothed, bills have been paid, backpacks have been stuffed, needs have been met-all from a congregation of people who pledge to live out what it means to be an authentic follower of Christ in today’s world.